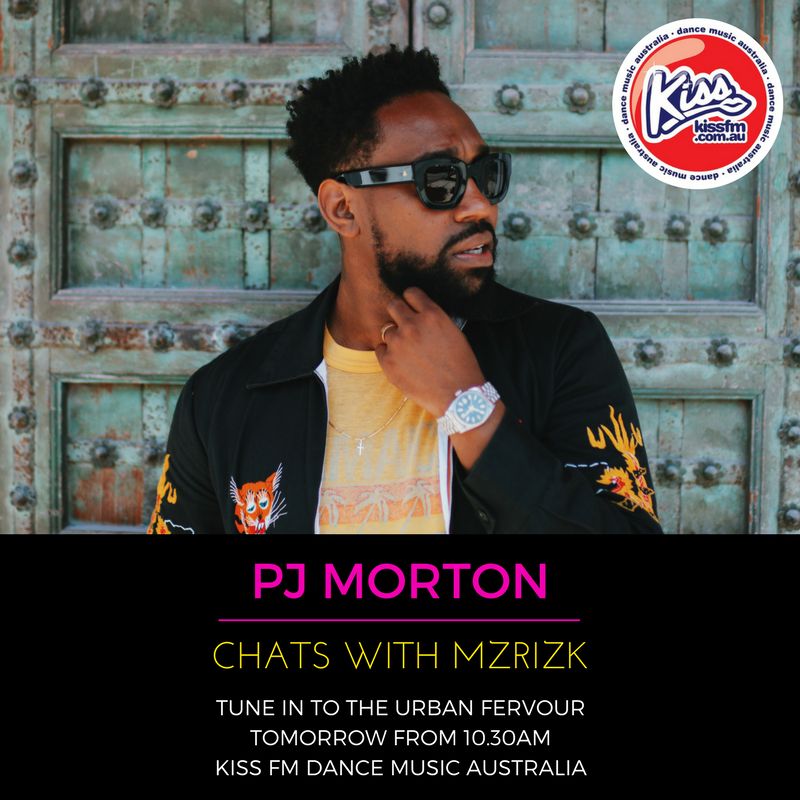 PJ Morton is dropping in for a chat with MzRizk tomorrow on the Urban Fervour! Tune in from 10.30am to hear PJ talk about his Exclusive Melbourne club shows and his music career to date! More info below!

By the time GRAMMY® Award- and Dove® Award-winning singer, songwriter, producer, and multi-instrumentalist and Maroon 5 keyboardist PJ Morton moved back to his native New Orleans in 2016, he had built an unbelievable career.

In addition to boasting collaborations with Adam Levine, Lil Wayne, and Busta Rhymes, his critically acclaimed 2013 offering, New Orleans, earned a 2014 GRAMMY® Award nomination in the category of “Best R&B Song” for “Only One” (feat. Stevie Wonder). Pitchfork called it, “a smooth and soulful pop/R&B hybrid,” and the record dramatically expanded his influence. In addition to figuring prominently on Maroon 5’s multiplatinum Overexposed and V, Morton has written and produced for everybody from BJ The Chicago Kid, Jermaine Dupri, and Jazmine Sullivan to Monica and India.Arie, winning a GRAMMY®for collaborating with the latter in 2008. His music has also popped up in films such as Couples Retreat and more.

Among many other accolades, he has received Dove® and Stellar® Awards, published his literary debut Why Can’t I Sing About Love? in 2009, and become music director for Solange following the release of her critically acclaimed opus A Seat At The Table.

Relocating from Los Angeles, he returned home with a pronounced fire and hunger. It simmers throughout his 2017 solo album and first offering for his own Morton Records, Gumbo from the funkified grooves of “Claustrophobic” (feat. Pell) to the unifying and undeniable message of “Everything’s Gonna Be Alright” (feat. BJ The Chicago Kid & The Hamiltones). This is a new beginning for PJ and real soul.