“In retrospect I wouldn’t hesitate to give Let Them Eat Cake a five star rating. Despite the festival’s capacity increase from 3500 patrons in 2013 to 6500 this year, the effect on the day was definitely not negative. Few queues were experienced and there was ample room to dance. I did hear more than one attendee advise a desire for more toilets, but nothing other than that. Perhaps having three decently sized stages instead of five could prevent the amount of clashes (something which impacted the musical side of this review) and allow for more volume on the main stage. Other than that – divine! If a festival is fun with that much rain, then you know it’s good, so definitely head to Let Them Eat Cake if you want a day of non-stop pleasure. No matter what each years line-up brings, it will be the soundtrack to a day of delight.”

After reading the review of Let Them Eat Cake 2014 published on Pulse Radio today, most of us are taken back to that very day and for those who were not there feels like they should be there next year.

This is something Novel is offering us this weekend, a two part clubnights,

Two shows coinciding too soon after New Years, gift wrapped in one weekend.

You can rekindle those fresh serotonin memories from Let Them Eat Cake or pretend you were there if you missed out on a ticket. 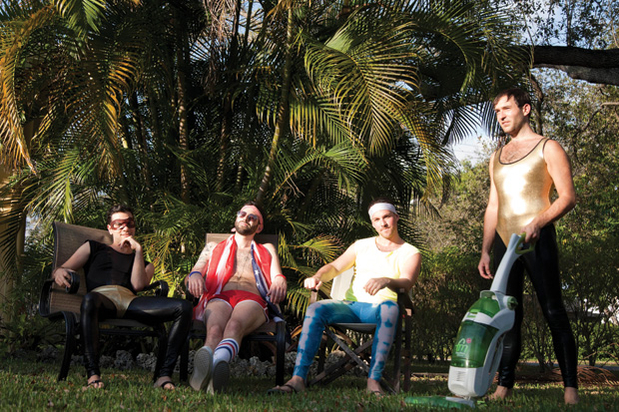 The Mister and Misses of Soul Clap got together with Wolf + Lamb the same way the Virgin Mary lost her virginity. It was divine, there were Brady Bunch photos and it supercharged the momentum of Everybody’s Freaky Under Nature’s Kingdom. Chances are your little Australian ears first heard whispers of their name in 2009 or in 2010 when your friends returned from Berlin boasting about what they did last European summer. Eli Goldstein and Charles Levin (Soul Clap) exchanged mix-tapes with Zev Eisenberg and Gadi Mizrahi (Wolf + Lamb) in 2007. Their first tour outside USA and into European hearts was in 2008. It wasn’t until January 2013 that the quartet finally reached our shores (really? That long?). With specific influences of Funk, West Coast hip-hop and West Coast synths, dance music hasn’t been the same again. The fusion of Wolf + Lamb’s infamous East Coast Marcy Hotel parties and Soul Clap’s street credit has been nothing short of refreshing. Their extended family includes the likes of Nicolas Jaar, SECT and Lee Curtis (just to name a few). The family crest clearly reflects the honour of living and dying by the sword.

We have had a one-German mind leading up to summer. Your news feed has been littered with cyber high-fives and ‘Summer 2014 hits DJ Koze 4 evaaa peace out’ dialogue in Brush Script font but we have no regrets. ‘Amygdala’ is a feast for the ears and we have been excited for LTEC since the album release in March. It’s been dutifully rewarded the No.2 position by RA staffers in the 2013 poll and goddamn it makes us happy. Stefan Kozalla is best known as being exuberant and the DJ voted most likely to be your friend. He was a part of the Hamburg hip-hop scene with Fischmob in the 90s before releasing electronic music with Kompakt and his own label Pampa(with Marcus Fink) after. A remixer in light years of his own, Kosi has the ability to produce techno that has you looking through a kaleidoscope. The beats are dirty but have the colours of glistening stained glass.