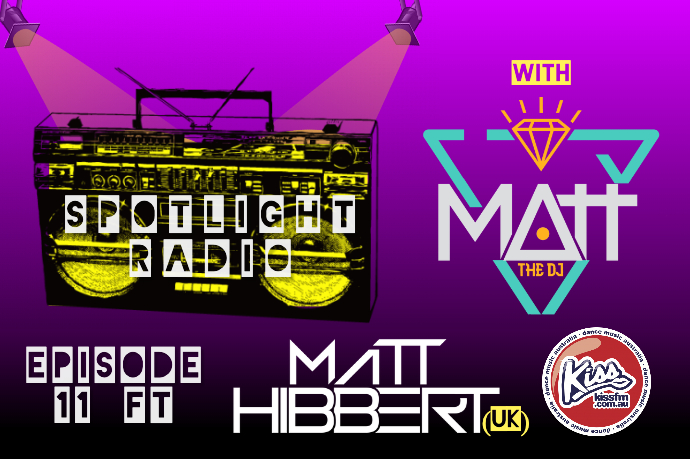 This week I’ve extended the search for an up and comer to the UK and have been lucky to find Matt Hibbert. I personally stumbled across Matt through a deep YouTube search, I was not disappointed.

From the moment Matt was old enough to play in clubs he quickly secured himself residencies with renowned Liverpool institutions Nation the home of Cream, The Arts Club for seven and four years respectively and Creamfields since 2014.

Matt soon gained a stellar reputation on the Liverpool circuit resulting in demand skyrocketing, securing a residency on the enchanting white isle of Ibiza for Es Paradis.Soon after Matt launched what is now his renowned ‘Groove Up’ edit series, bringing his own funky pumping groove infused tech-house style to the likes of: Kanye West’s ‘Gold Digger, Lykke Li’ and The Magician’s ‘I Follow Rivers’, Fragma ‘Tocas Miracle’ and arguably the most acclaimed of the lot his Faithless ‘Insomnia’Groove Up remix landing on premiere Tech House social media channel Blanc, amassing 250k+ streams.

Hot on the heels of his ‘Groove Up’ series success, Matt has gone on to release his debut original hit ‘TheAfterparty’ on Whore House Records.All of this has culminated in regular support from his DJ peers: Adam Wilson, Angelo Ferrari, Anton Powers, Biscits, K&K, Manuel De La Mare, Miguel Bastida, Mihalis Safras, Raffa FL and Wade regularly playing out his Groove Up edits.Mattis resident DJ at Baa Bar Fleet St in Liverpool.

Check out the full interview below with Matt…and…Matt and tune in on Monday at 6pm across the KissFM network for a slapping guest mix.

Q. Where did things start for you and what are you hoping to achieve in the next 12 months?

A. DJ wise It all started for me in 1999 when I was 13, my brother would go out clubbing with his mates to Cream and me and my mates would go in his bedroom and play on his decks, and old pair of Kam belt drives, which he then gave to me the following year when he got a pair of Technics 1210’s.

In the next 12 months the main goals are to put out as much music as possible, both free downloads on my Soundcloud and through my new free record label, Tech No Prisoners, and to try to get as many of my originals signed to the labels I look up to, like happy techno music, la pera, roush and even maybe one of the big boys like defected.

DJ wise I’d love to get booked for some gigs outside Liverpool and even the UK, it seems like my music and my style is particularly popular in the latin countries, Spain, Portugal and South America, so it would be a dream to travel to places like that to play, I’ve had a guy from Chile reach out already about possible doing something once the world is back to normal so finger crossed.

A. As a DJ it has to be the Nation/Cream closing party we did in December 2015, we ran the student night there called Medication and that final night there was just incredible, I said the next day it was the greatest night in Liverpool clubbing history and the 4000 people we crammed into that iconic venue that night will agree.It was probably the most famous and iconic club in the world, Cream in Liverpool, the history behind it, and to be able to be the resident there for 5 years and then play the final set in the main room still blows my mind.

People who went to that and then the Official Cream closing the following week on Boxing night said our night was the true send off the iconic building deserved.As an attendee, it’s Ibiza 2003, Garlands at the short lived Ibiza town club ‘Pin Up’, it was daytime party and at about 8pm as the sun was setting the DJ’s played ‘Love Is In Air’ and it’s a moment that has always stuck with me.

Q. Your recent releaseHey Man is an absolute wall slapper, how did it come about?

A.The 3 tracks on the EP, The Frenchman, Shaky Shaky Bouncy Bouncy and Hey Man all came together pretty quickly to be honest, I had the ideas in my head for each track and when I have the ideas I tend to be able to smash the full track out in a couple of hours.

They vocal sample in ‘Hey Man’ is from an old wrestling documentary from 1999 that I’d always wanted to sample and make into a tune, I actually made the acapella a few years prior and had been using that in my live sets.The vocal in shaky shaky bouncy bouncy was from an old scouse house tune I have on vinyl from 2000 I think, and again I’d always wanted to do something with it and I think the vocal suits the bouncy, groovy tech house style.

With the Frenchman, I wanted to do something with a saxophone because of how big a tune Dombresky–Soul Sacrifice was over here, and saxophones always go down a storm in dance music.I tested them out at my residency and all 3 got bigger and bigger reactions every week so byMarch I grouped them into an EP and sent them to some labels I thought might be interested, 2 weeks later I get an email from Lexlay at Happy Techno Music, the big Barcalona based tech house label, saying they wanted to sign all 3 tracks, and to say I was delighted would be an understatement.

Q.What is one house music sub-genre you think doesn’t get the attention it deserves?

For me it’s the French house/Filtered house sound, all the early daft punk stuff, Alan Braxe, all the Roule back catalogue, it was and still is so influential to dance music today, and it was all so simple too

Q.What do you try to communicate to the audience through your productions and live sets?

I’ve always been a firm believer that music, and dance music in particular should be fun, if people look up at the stage or dj booth and I’m not enjoying myself when I’m playing then why should the crowd.

A. I’ve always been a sucker for a big 80s or 90s power balled, I know the Aussies unofficial national anthem is John Farnham–you’re the voice and that’s up there for me, but my favourite tune of all time is another 80’s one, Boy Meets Girl–Waiting For a Star to Fall. It’s been sampled a few times in dance music but the original is just perfection for me, it’s got huge pianos, a great vocal hook, one of the best key changes on music history and a hugely underrated saxophone solo to boot!And it was the theme tune of the cinematic classic ‘3 men and a little lady’ hahaha.

A. I’m one of those annoying DJ’s who constantly hammers the cue button, its like I have to constantly hear that first kick drum hahaha.

Q.What’s your Favourite animal and why?

A. Cats, I grew up with 2 of them and now I’ve got 2 of my own, Dougie and Treacle, they are our fur babies.

Q. What is the one thing that you love the most about your hair?

A. Hahahah, you know what It’s probably that I can just get out the shower, give it a quick towel dry and then just put it up in a bun and that’s it, no waiting around, no hair dryer, no product , no styling, I can basically be ready to go out the shower in 2 minutes!

Q. You’ve made quite a few edits/bootlegs, which has been your favourite so far and why?

A. Pretty much all the edits I do are just things I have done live off the cuff and that have worked so well that I keep doing them every night, to the point people then ask me what remix or edit it is, so I then make them into actual edits to give away, there’s one I’ve been doing live for about 2 years that I still haven’t made an actual edit of that people bug me constantly for, it’s bicep-glue with sweet dreams by the eurythmics, maybe I’ll actually do it now it’s in writing!

A.‘You need to re-tie your bun in your hair

Q. How do you see the scene where you are after this whole Covid-19 shit goes away?

A. The scene in the UK and Liverpool in particular was stronger than ever before thisPandemic hit us, and I’d like to think when we’re able to come back that people will be absolutely gagging for a night out and a dance. I know I am gagging to get back in the DJ booth, I’ve got so much new unreleased music of mine to play, that’s the only positive hahaha.