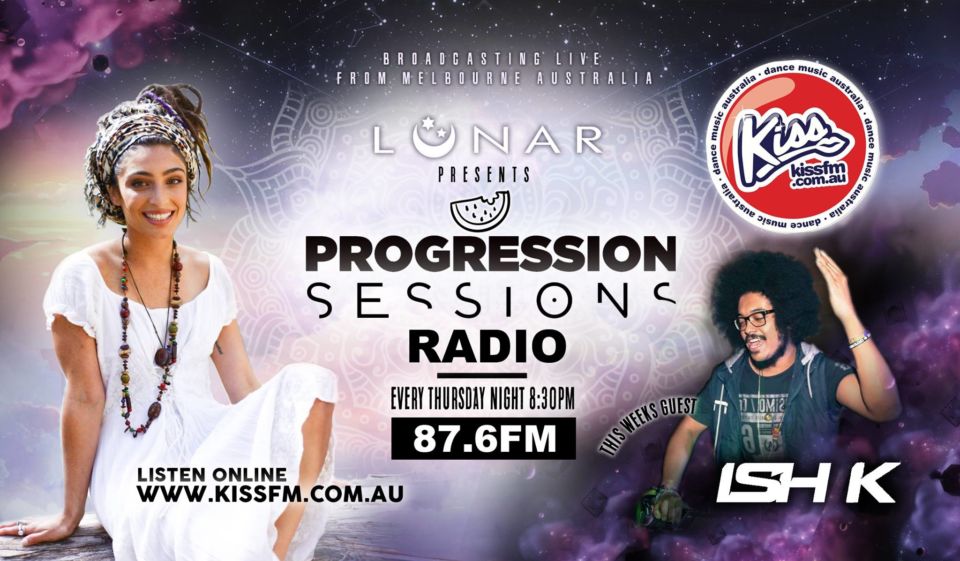 This week on Progression Sessions Radio #020, Lunar meets up with local Melbourne DJ/producer Ish K (That Sound Agency) for a guest mix and interview.

Ish Kariuki at the blooming age of 22 has been turning heads for quite some time and has been catching some attention with his production and DJing around Melbourne, Australia. His Passion for all forms of Trance (Mainly Psychedelic and Progressive) is unmatched. At the age of 17 he felt the need to pickup his first set of decks and get rocking. Not long after Ish stepped into the club scene, he found himself scoring residencies all over Melbourne, plus playing guest spots all over the city and regionally.

Tune in with Lunar to KISSFM from 8:30pm to hear about Ish K’s journey so far in the music industry, be taken on a grooving progressive journey AND get the low down on this weeks Half Moon Party at Dimension ft. Tripical & Oho (Thailand), Interpulse (Weapon Records) and a whole bunch of local legends brought to you by Progression Sessions.