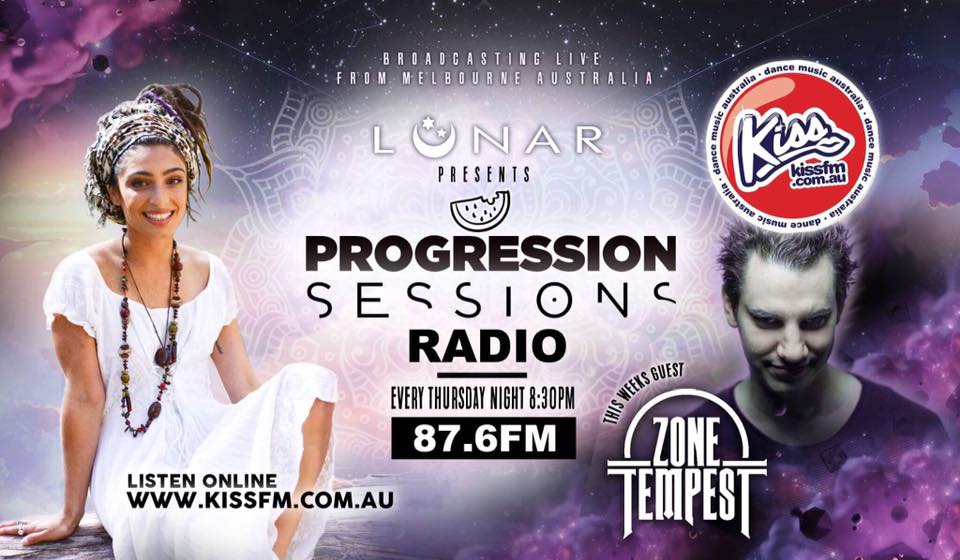 Another huge week on Progression Sessions Radio this THURSDAY from 8:30pm. Tune in to catch a guest mix and interview from Melbourne producer Zone Tempest.

Boz is the face behind ”Zone Tempest” A progressive psy-trance artist from Melbourne / Australia that has been truly inspired. He is ready to capture a vision of sound and present a mind altering musical journey through a series of complex pulsating rhythms to unwind the soul…
For the last 5 years, he has been producing a unique sound, which is a combination of advanced forward thinking futuristic progressive psy-trance with a driving dark groove that creates that perfect atmospheric dance floor vision. His first E.P he produced was a free release titled ‘Twisted Path’ on UP Records and has been distributed on the free platform called ‘Ektoplazm’
In early 2015, he has teamed up with Universal Tribe Records, and has been contributing to their musical catalogue showcasing strong progressive psy-trance E.P releases such as ‘Sacred Realm’, ‘Redemption’ and ‘illusionism E.P’s which have all reached the top 10 on Beatport.