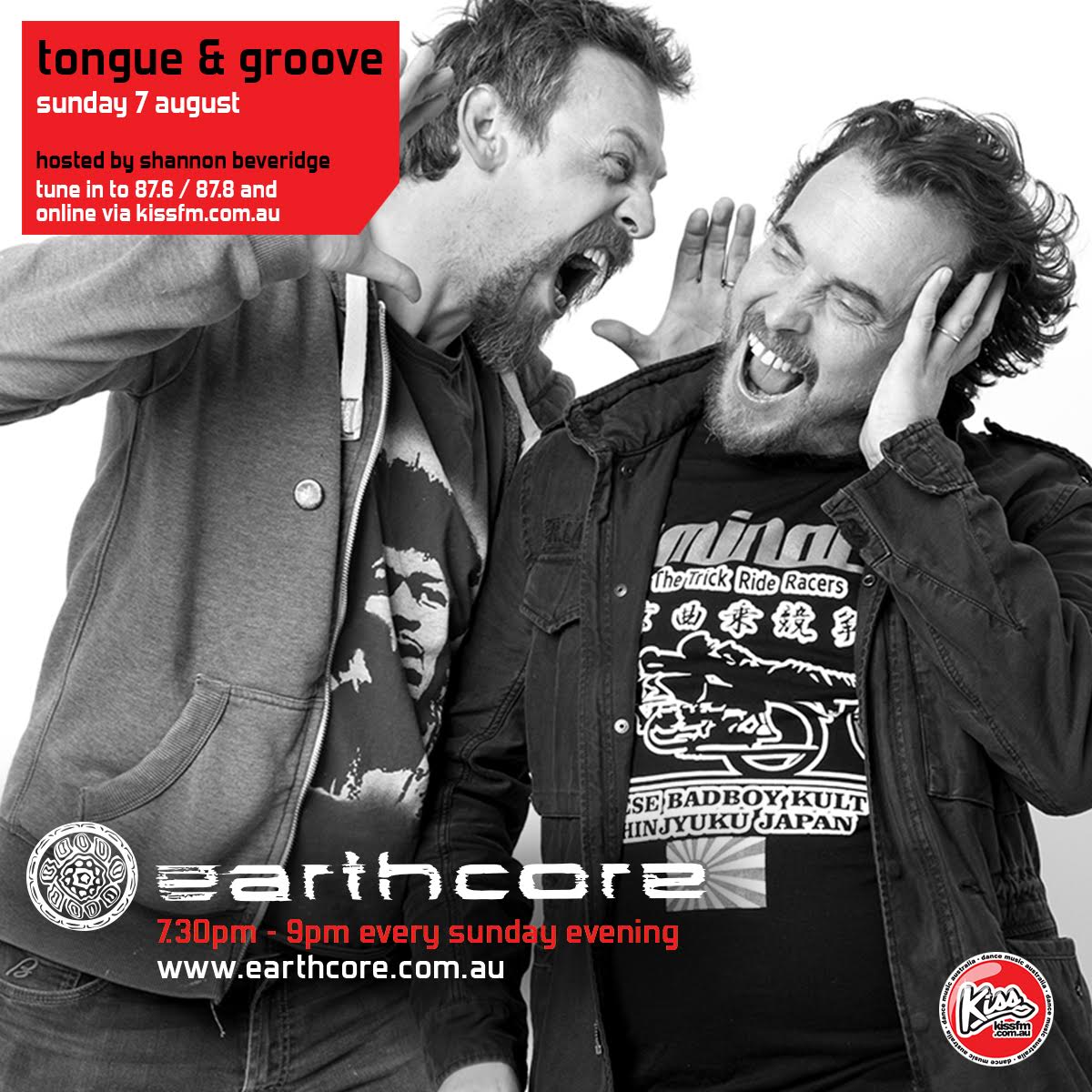 Tune into the earthcore show this Sunday at 7:30pm for the latest in Psytrance, Techno and Uplifting Trance music, earthcore and other tour news. This week’s international special guest’s are Tongue and Groove as they get excited about their first time to Australia and appearance at earthcore! 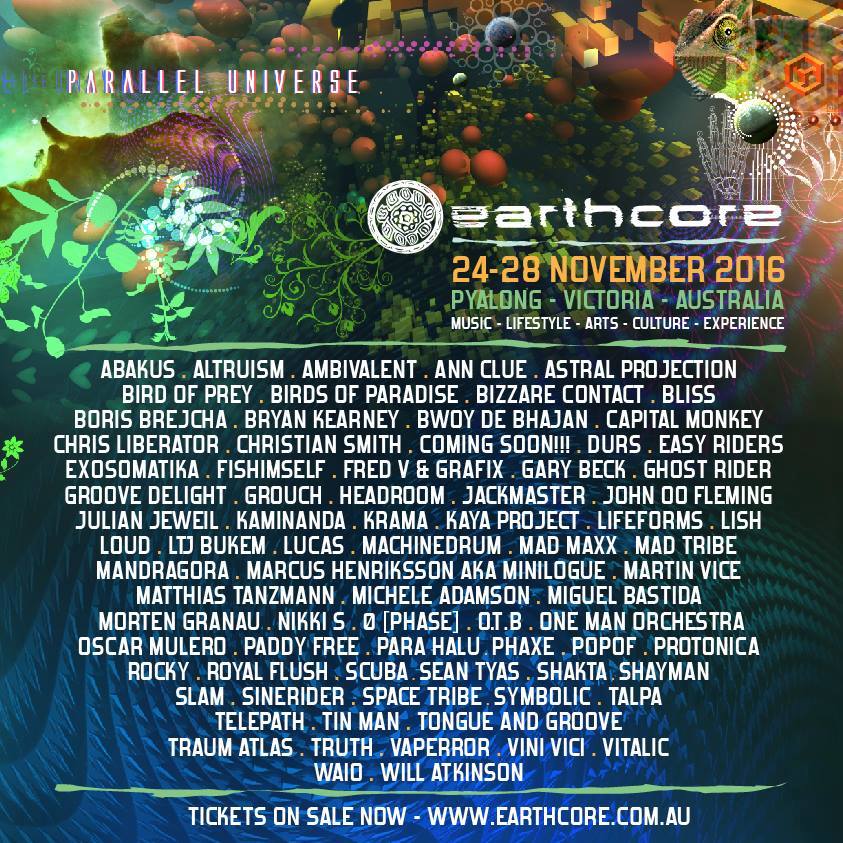 Tongue & Groove are on a roll, with three consecutive top ten hits and being booked worldwide to perform at major international festivals they are rocking dance floors on a global level. Jake Ainley and Ric Featherstone are both deeply passionate electronic music lovers, involved in the scene for many years. They met at many Flying Rhino and T.I.P parties in the 1990’s when the scene was exploding and they forged a deep over a mutual deep love of the psychedelic scene and a passion for music production and DJ’ing. After putting on parties and Djng together for over a decade they decided to get in the studio and create the twisted sonic delights that had been turning them on and to make some proper party music.

In 2006 Tongue & Groove was born with a mission to create music that has the best combination of Progressive, Techno and Psychedelic Trance. With their musical roots immersed in the sounds of the beginnings of Goa Trance, they wanted to produce a new sound that both captures the best of that epic era with a new and exciting twist that could be best described as psychedelic techno. A sound that they have pioneered and is now spreading like wildfire around the world.
Now signed to Nano Records they have released E.P’s and tracks with Nano records and on other labels such as Echoes Records ,Iboga Records ,Flow Records, Liquid Records, Broken Records and Shifty Disco. With support coming from the likes of Paul Oakenfold, John 00 Flemming, Nick Warren, James Monro, Perfect Stranger, Tristan, Lucas, Dick Trevor and Ace Ventura and many many more.
Tongue and Groove have and are performing live at many festivals/parties around the world (Ozora/Earthcore/Symbiosis) and festivals in UK (Glastonbury, Glade, Noisily, Secret Garden Party, Boomtown) and played alongside such legends and greats as Tristan, Avalon, James Monro, Dick Trevor, Billy Nasty, Neelix, Tim Healey, Hedflux, Lucas and Shane Gobi.

You can see them live this coming November at earthcore! For tickets go to www.earthcore.com.au