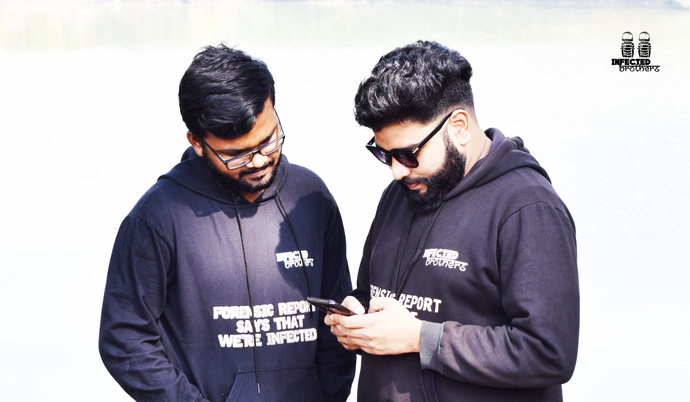 Infected Brothers is an Indian EDM producer duo from Mumbai,India. The duo consists of Roy Ajikumar and Rahul Ghorai. The two lads met at the music school where they planned on joining hands to put out some music. Both were heavily influenced by artist like Illenium, Saidthesky, Gryffin, Slander and Seven Lions. Putting out a bunch of remixes they bagged the #1 Artist spot on Reverbnation for 4 consecutive weeks, their tracks are played by DJ’s around the globe and their remix of ‘Something Just Like This’ has hit 90 thousand plus shazams. Shaping their sound with every release they’re heavily supported by some big names in the industry. As of now there are some big Collaborations on its way.