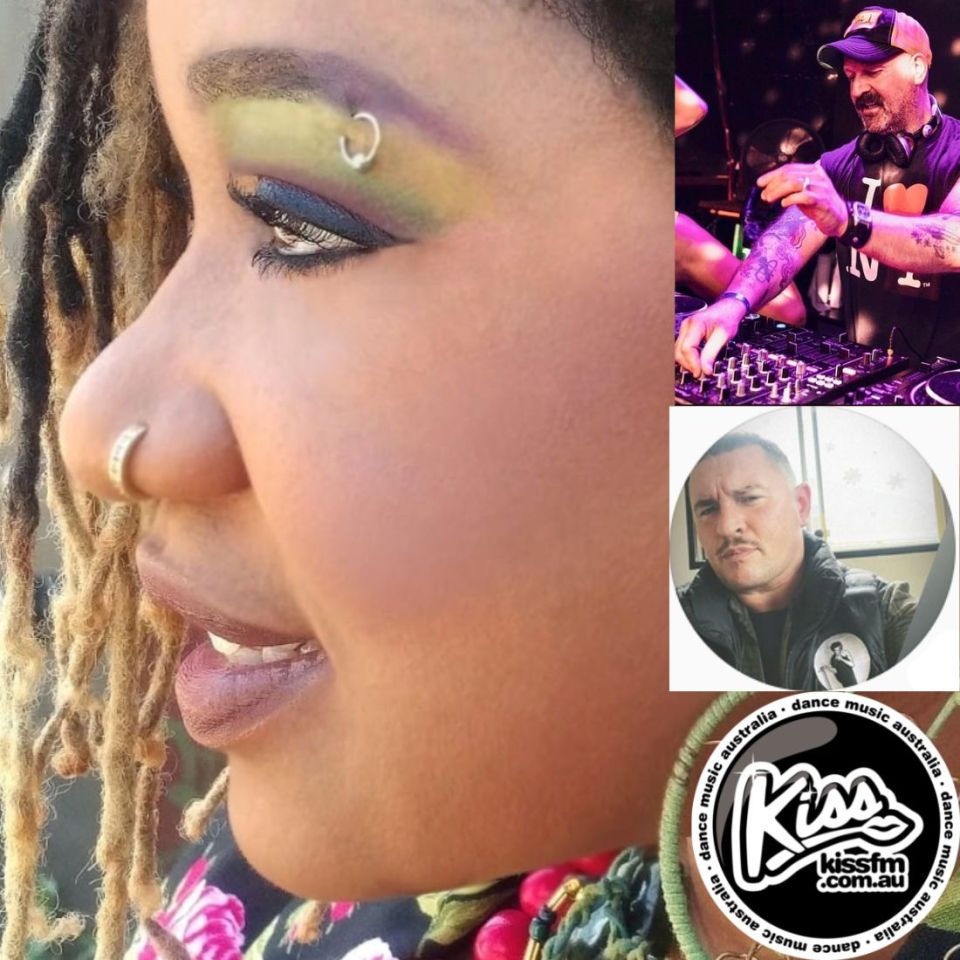 Prior to their Euphoria appearance that night Inaya Day (NYC), HiFi Sean (UK) & Paul Heron (UK) join Timmy for live PA, interviews and Guest mixes. Listen up from 4pm with an extended show till 7pm.

She then released the club anthem “Movin’ Up” and “Can’t Stop Dancing” which reached No. 1 on the Billboard club play chart. “I Am Tha 1”, credited to Mr Timothy featuring Inaya Day, went to the top of the Australian dance charts and top 30 in the Australian pop charts.

She also sang “Stand By Me” and “Nasty Girl” which reached the top 20. Inaya also guest featured on “The Glamorous Life”, a single by T-Funk, an alternate alias of mrTimothy and also collaborated with Frankie Knuckles presents Director’s Cut, LETS STAY HOME, and with DJ Escape, MAKE SOME NOISE.

His stellar collection of artists includes: Yoko Ono, avant garde musician, conceptual art icon and one of the most controversial female artists of all time; Bootsy Collins widely regarded as one of the finest Funk/RnB bass players in the world; Dave Ball co-founder of ‘Soft Cell’, the UK’s notorious synth pioneers with the uniquely sleazy electric soul, Fred Schneider from the manic, bizarre and highly innovative US new-wave group ‘The B-52’s’.

The single “Testify” feat. Crystal Waters reached #2 in the Shazam chart, #3 in the iTunes Dance chart and spent 3 months in the top 30 singles; it was further hyped at the start of that year by The Blessed Madonna in her Radio 1 Essential Selection of acts to watch that year.

“Testify” also hit the #1 top slot on the Billboard Dance Chart in USA .
In addition to writing and producing his own solo album, Sean has been passionately dedicated to his DJ sets (which include many self produced tracks and edits) holding down residencies and sets at XOYO, Ministry of Sound , Glitterbox , Metropolis and Defected’s own parties in London where he is now based.

In 2022 there’s no stopping to his urge to be deeply and passionately involved in the music he lives for, currently delivering exceptional DJ sets around the world.

PAUL HERON has been lighting up dance floors across globe since he was 18. He seamlessly blends tech, deep, pumping uplifting house and even disco, creating mayhem at the parties he plays!

His reputation in the UK has seen him secure residencies and guest spots at London’s leading clubs including Fabrics legendary DTPM, Ministry of Sound (Beyond), Brut, A.M, Trade and Orange.
Over the last few years, Paul has been playing for some of the UK’s most exciting clubs, including being a part of the infamous Little Gay Brother crew, playing at some of the UK’s biggest events including Secret Garden Party, Boom Town, Winterville and the XOYO takeover with Eats Everything.

He also just recently continued his 10 year residency with LaDemence and played on their annual cruise, from Venice around the Greek Islands with parties boasting two and a half thousand people nightly!

Over his 20 year career he has taken control of the decks alongside Frankie Knuckles, KDA, David Morales, Boy George, Jake Shears, Fatboy Slim, William Orbit, David Guetta, Peter Rahoffer, FatTony, to name but a few and has shared event stages/ line ups with Lady Ga Ga and Mariah Carey, Peyton, Rebekah Brown, Britney & Kylie.
His energy is infectious and his taste, knowledge and respect for music are second to none!