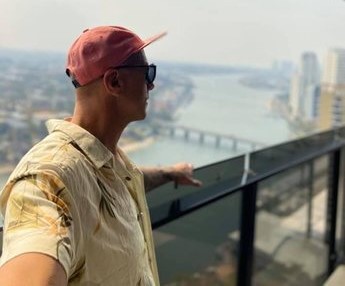 Meet Holmes John. Though relatively fresh to the house music genre, he brings with him a reputation and production knowledge that stretches back further than we can remember. His journey into music started in the electro scene where he reached the pinnacle of this chapter in his career after signing with Ministry of Sound and delivered a decade of Aria chart toppers. To add to this he has played at just about every venue in Australia as well as festivals all over Europe, the US and beyond under his previous alias ‘Chardy’. He was a force to be reckoned with.

His current project ‘Holmes John’ sees a new direction that has him rising through the house music ranks with a brand new buzz. Inspired by the groove loaded sounds of artists like Detlef, Latmun and Solardo, this man brings a new and distinct take on what we call house.

Holmes John already boasts huge support from the best in the biz both abroad and on Australian shores such as Josh Butler, Detlef, Latmun, Rodger Sanchez, Colour Castle, Groove Armada, Fisher, Paul Woolford, Lo’99, The Aston Shuf e as well as 7 releases inside the top 50 Aria Club Charts with 2 of them reaching numero uno. We expect you’ll be seeing a lot more of Holmes John very soon.