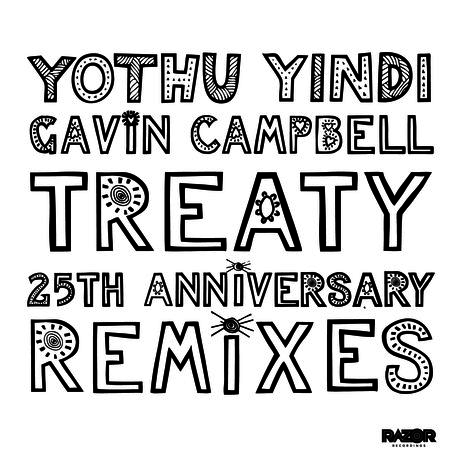 Gavin Campbell – DJ & Producer and owner of Razor Recordings joins Timmy Byrne at 5pm Thursday 15th December to talk about the 25 year anniversary remix issue of the Yothu Yindi’s Treaty and the current state of Indigenous issues 25 years after the release of this powerful protest song.

The enduring Australian anthem was originally releasedin 1990 on the first Australian independent dance label, Razor Records and was the brainchild of the label’s owner, DJ Gavin Campbell. To celebrate this milestone for the classic, culturally and globally significant Australian protest song, Razor is curating a package of seven new ‘Treaty’ remixes, featuring some of the most exciting contemporary music producers from Australia and overseas, each with some international renown, including Yolanda Be Cool, Pip Norman, Nick Coleman, Jack Love, Duncan Gray and of course, Razor’s own Gavin Campbell.

This stunning new release comes with a bonus 2016 re-master of the world famous Filthy Lucre version, deftly handled by mastering engineer extraordinaire David Walker. When discussing working on the song (re-mastered directly from the 1990 DAT pre-master), Walker stated, “You can feel the urgency and quite a demanding presence from the tribal elements in this original Filthy Lucre remix that I didn’t want to tame, just let it through. “That driving bass line is way more visceral and ‘P-Funk meets Mantronix and Filthy Lucre’ than I ever imagined.

When I found this to be the case, from listening to the original Razor DAT pre-master mix, I just stayed out of the way as best I could to allow the Filthy Lucre mix to do its thing from a 25 year on perspective. The result is a much tougher song.” 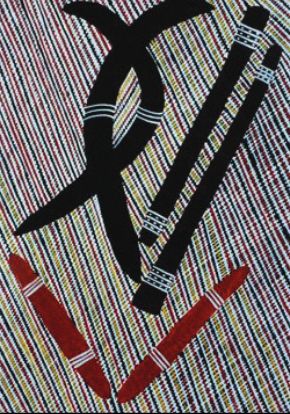 This remix project cleverly illustrates the timeless qualities of ‘Treaty’ as the unique sound of traditional Indigenous Australian ceremony is indelibly fused with a wide range of modern genres from funk to hip hop, house, deep house and techno. This song’s popularity cannot be overstated. It spent 22 consecutive weeks in the ARIA Top 40 singles chart, was the fifth biggest selling Australian song over the first year of its release and in the US, the song hit No. 6 on Billboard’s influential Hot Dance Club Play singles chart. ‘Treaty’ also won five ARIA awards in 1992, including the inaugural ‘Song Of The Year’ award.

Melbourne production team Filthy Lucre (Campbell,DJ Paul Main and producer Robert Goodge) created a song that remains as exciting, powerful and thought provoking as ever and whilst it is still widely regarded as the most significant remix in Australian history, these forthcoming fresh reworks are set to propel Razor’s signature tune into the distant future.