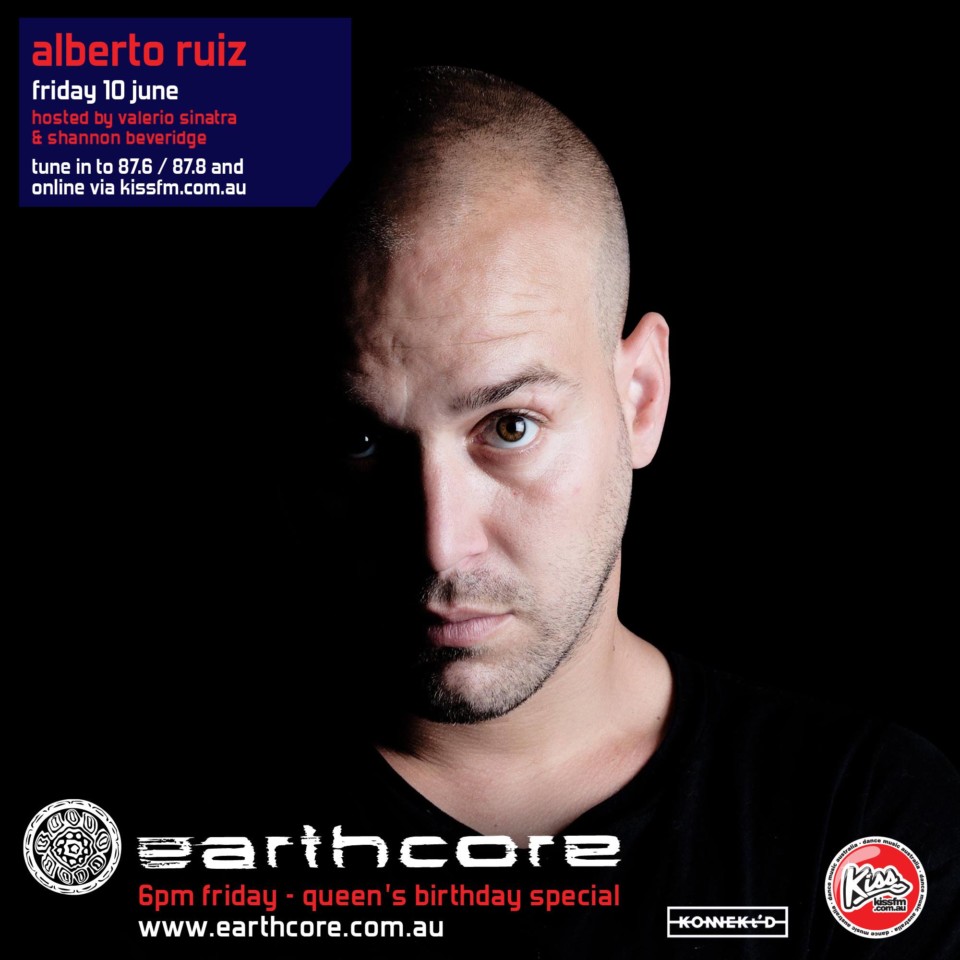 With special thanks to KONNEKt’D

Alberto Ruiz (Stick Recordings, Suara Records)
Alberto began playing as Resident Dj of the Ibiza weekend parties in the Mega club BCM located on the island of Mallorca. He was also the resident Dj for the IN nights in Titos Palma from 2006 to 2010 but had to stop as the Mallorcan Techno scene came to a halt because of the economic recession. This is when Alberto began to spend much more time in his studio, acquiring all types of classical synths and rhythm machines of brands like: Korg, Moog, Roland etc. in order to experiment and produce music at a professional level. In 2012 he decides to open his own record label called stick recordings which begins to build momentum in Beatport and hits its climax in May 2013 when Dubfire decides to chart Alberto’s track Alien.

Alberto’s tracks are constantly hitting the top 50 techno charts and his talent in the studio seems to be evolving at a blinding pace. Only a few weeks ago he hit again the number 1 spot in the techno charts with a remix of Quentin Dourthe’s Full Vision after being charted by the legendary Green Velvet. His tracks have been played by Artists like Dubfire,Green Velvet, Richie Hawtin,Adam Beyer, Marco Carola, Carl Cox, Joseph Capriati, Pan Pot, Marco Bailey, Solomun and the list goes on and on for this young and very talented producer with a bright future ahead of him in the world of techno.