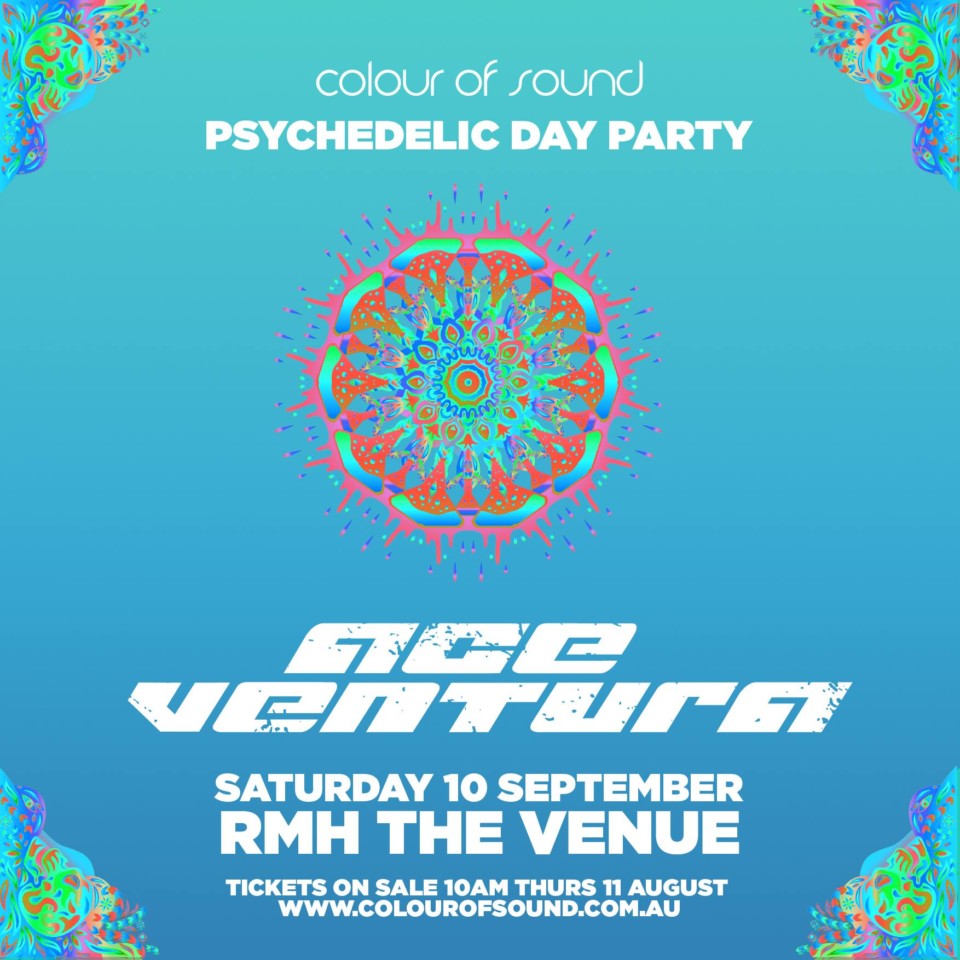 Come join Colour of Sound this September as they host the ultimate day party at Royal Melbourne Hotel with none other, ACE VENTURA.

Ace Ventura is one of the leading and busiest DJs & artists on the progressive and psytrance scene. His music has been topping the charts and he has been touring constantly all over the globe playing in every possible venue and headlining all major festivals. He is well known for his highly popular mixes and long massive DJ sets. Ace Ventura’s new album “Paradise Engineering” was just released in Iboga Records receiving wall to wall praise and support, cementing his status as a key figure in the scene. He is also involved in three other highly successful projects: Zentura (with Zen Mechanics), Liquid Ace (with Liquid Soul) & Easy Riders (with Rocky)

Tickets on sale from 10am this Thursday