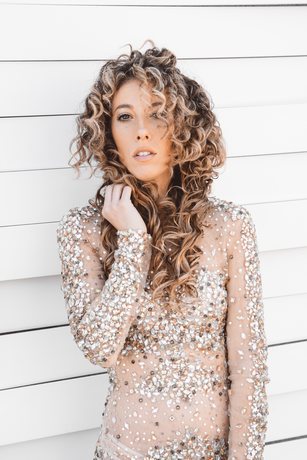 Brooke Forman is an LA based singer/songwriter originating from NYC. Her collaboration with Nicky Romero on their hit single “Heartbeat” was #2 best dance record worldwide on the Beatport top 100 charts! Her music has been heard at international festivals including opening up for Tomorrowland, premiering at Ultra Miami/Japan and EDC Las Vegas/NY. She has reeled in millions of plays and has been heard on Sirius XM BPM.

This year Brooke has performed on the main stage at Ultra Miami’s 20th Anniversary after being on an international tour with the festival where she also shared the stage at Ultra Japan and Brazil. She booked the tour on her own without having a booking agent or management. Prior, she had planned her own international tour throughout Asia doing shows in three countries (Japan, Indonesia and Singapore).

Her EP was produced and co-written by Grammy award winner, Benny Reiner (drummer for Broadway’s hit musical “Hamilton”). She just ventured to Tokyo to shoot her next music video with Thor Wixom, who has been the Cinematographer/Steadicam Operator for a lot of artists, such as Justin Bieber, DJ Khaled,The Chainsmokers, Kendrick Lamar, G-Eazy, Cardi B, Halsey & Kanye West.

Brooke just come from performing at the Ultra Singapore after party and just finished her residency out in Bali. She just arrived in Australia and is ready to show the Melbourne music scene her music for the first time!