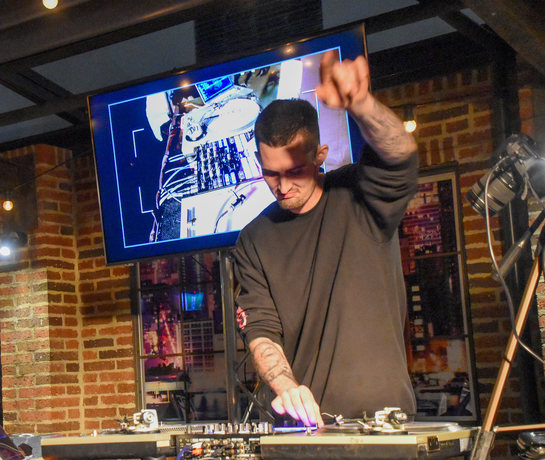 Respected by both traditionalists and newcomers, Bace Kadet is one of Perth’s leading DJs spearheading the city’s burgeoning hip-hop scene. At the tender age of 20, he became the 2016/2017/2018 DMC Champion of Western Australia, proving that his skills on the turntables are amongst the country’s most refined. An omnipresent member of Perth’s club circuit, Bace Kadet has also worked heavily within Australia’s underground and independent hip-hop scene: He toured across the country with the game-changing Get Bodied festival in 2018, spinning for talents including ChillinIt, Wombat & Huskii; and was also instrumental in bringing the event to Perth. He’s also frequently commands the decks for the Oh Damn! collective and Golden Era Records emcee Shadow; as well as performing at Perth’s explosive editions of One Day Sundays, the country’s most renowned rap party.

Bace Kadet ended 2018 by opening up Perth’s flagship festival, Origin Fields for the second year in a row, and has spent 2019 continuing his role as one of the city’s most active tastemakers and participants in the world of hip-hop.

Whether it’s old-school or contemporary, homegrown or international, Bace Kadet has built his career on diversity and the unexpected.

Bace Kadet has just finished up as support touring with Hilltop Hoods national tour alongside MC Shadow, playing at all 5 Australian shows.