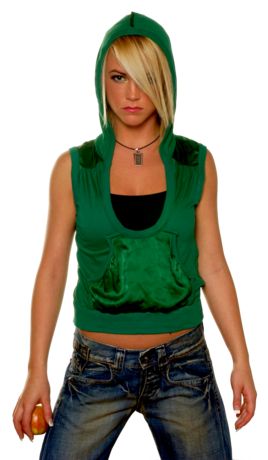 AMBER SAVAGE is hailed as Australia’s ‘Queen of Hard Dance’. Well loved and respected around the country, she’s earned such titles as #5 DJ in Australia, featured in the national Top 10 three times and held on to #1 female DJ for 5 consecutive years as voted by the people in Inthemix’s Top 50 DJ poll.
She’s released several singles and nine CD mix compilations (Peaktime ‘Bang On!’
Vol.3, Hardstyle Generation, Intoxicating Rhythm and Black Vol.2 just to name a few).

In her hometown of Sydney, Amber held a six year reign as the only female resident at Home Nightclub, did festival slots at Future Music Festival, Creamfields, Defqon1 and Magic City and a starring role at Transmission, Sydney’s definitive trance event and that’s just the tip of the iceberg.

She has played alongside and supported the biggest names in dance music from Armin Van Buuren to Ferry Corsten, Paul Van Dyke, Scot Project through to massive Hard Dance heroes such as Noisecontrollers, Brennan Heart, Wildstylez, Zany and even smashed it out on the main stage with Showtek at Sydney’s infamous Hordern Pavillion..

In addition Amber toured overseas with a seven-week stint in Ibiza/UK and regular tours through Asia. Yet she says her most memorable highlight to date has to be playing Berlin Love Parade in 2006. “I played on a float and there was 1.2 million people there that year,” she beams. “I’ve never seen anything like it in my life.

Amber on DJing:
“DJing’s something that I cannot get sick of,” she says. “It’s had a hold on me since the word go. Every time I do a mix, I learn something” and added “Everything I play is tough. “I don’t play the fluffy side of anything,” she says with a wicked smile. “ I’m looking forward to playing just that at the Bass Station 22nd Birthday Celebration.