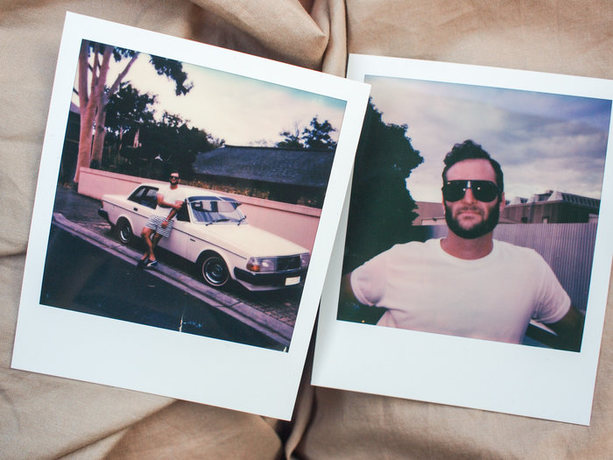 All-star line-up from local modern funk/disco label Gulf Point Records, Benny Badge, Olmos and the Blue Avenue Band are joining Eddie Mac in the Kiss FM studio to chat about latest release; OLMOS “LUNA’S GROOVE”. Plenty going on at one of Melbourne’s hottest labels, we’re keen have gang in for a chat.

Tune in to KISS FM for the Bionic Boogie Radio Show, 3pm Saturday!

Heads may not know it, but Olmos (real name Oliver Graham) has been one of the busiest influencers on Australia’s underground music culture this side of the 90s. Through family-run operation Paradise Loft Records, he has quietly imported tens of thousands of dead stock Disco, Boogie and early House records into crates across the country – affording tastemakers a slice of digging culture only a trip to NYC would previously have allowed.

These tastes are set free on “Luna’s Groove”, a star-chasing collection of slick, nouveau post-disco works, crafted in earnest with dancers in mind. Raised on a healthy diet of Levan mixes and M+M dubs, his own use of juicy Moog basslines, progressive arrangements and glittering melodies form an EP which modestly harnesses the
New York Garage aesthetic he loves so dearly.

Three Olmos originals are teamed with an astral mix by Benny Badge, reigniting his Freekwency namesake to replay the title with cosmic pads and the gravitational pull of a timeless 808 sequence. Jack Doepel, known for his work with Melbourne’s rising Krakatau, also makes an appearance on sax – landing this interstellar mission somewhere on Jupiter’s fifth moon, Rhea.

This is Ollie and Benny’s second meeting, the first being Freekwency’s “Flip The Coin” on Voyeurhythm. Made in 2011, their collaboration fuelled a simmering Boogie revival and remains in high demand alongside similar transmissions from Tom Noble, Psychic Mirrors and PPU. Since then, Olmos’ evolution has scored him some deserved points of his own – “Luna’s Groove” however, may have just hit the bulls-eye.