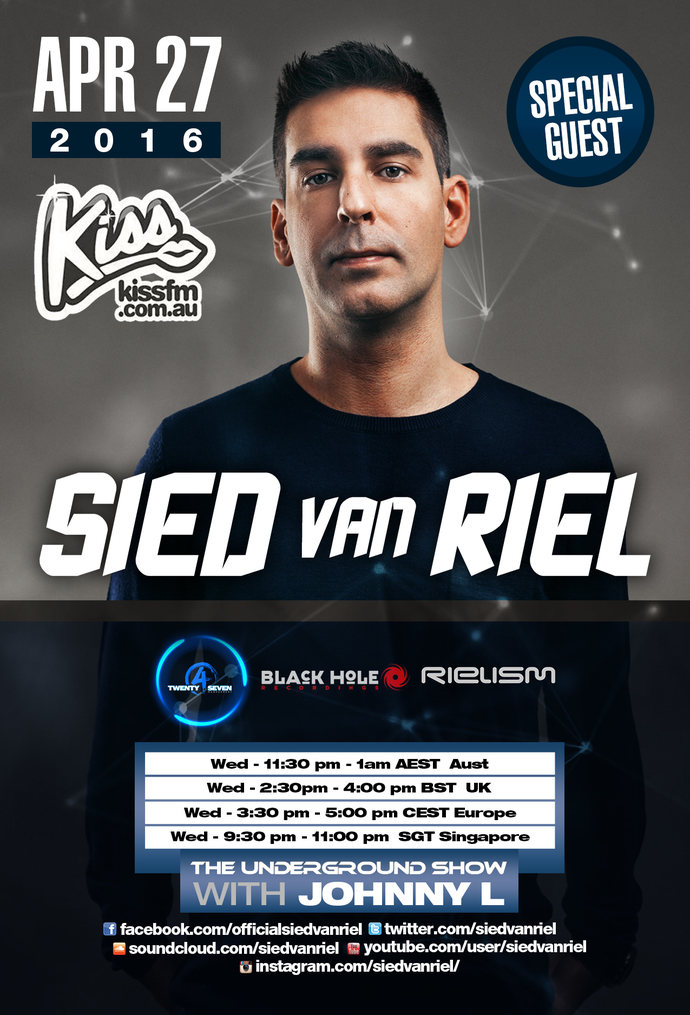 The Riel Deal: From the prolific electronic dance breeding ground that is The Netherlands, with close to overnight speed, in 2008 he landed. In that year alone he was tipped by Tiësto as “the hottest producer around”, by DJ Magazine as “the next big thing to hit trance” and took home Trackitdown.net’s Trance Award for the scene’s ‘Best New Face’. 12 lightning-fast months later he’d qualified all those early markers through a fleet of equatorially hot track releases, club-hypnotizing DJ performances and a ‘next-level’ remix ethic. In 2009 he played over 60 show-stopping sets (which included spinning at an incredible 7 world-class events in just 9 days). It was an achievement which culminated in him making his debut on DJ Magazine’s Top 100 2009 DJs chart. He’s the latest DJ to graduate to trance music’s ‘Van Clan’ hierarchy. He is Sied van Riel…