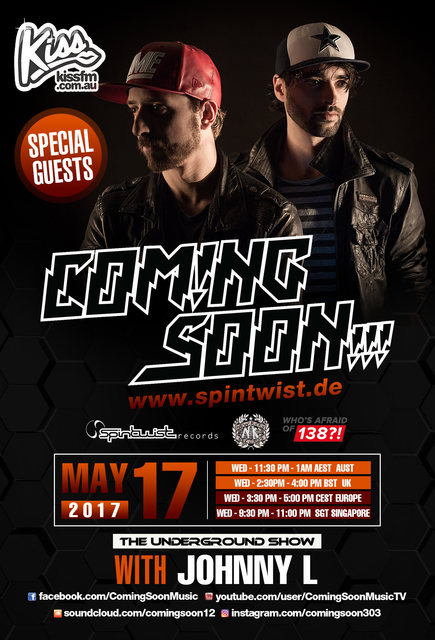 Both Irad & Dui have been playing an active role in the global Psy Trance circuit for over a decade, each leading successful solo projects.

Years of close friendship and similar motivation for change placed these two bright souls together in the studio. The alias chosen ‘Coming Soon!!!’ describes well their motivation to produce fresh and innovative progressive sounds. Ever since the release of their debut EP (2012) their musical outputs have been topping the most respected charts around. Their signiture stamp sound was fast picked up, adopted and supported by a wide array of top international Dj’s and producers, including Aly & Fila, Simon Pettersson, Paul Oakenfold, John 00 Fleming, John Askew, Bryan Kearney to name the immediate few.

In short… COMING SOON!!! are ready to smash some dance floors!!!! COMING SOON!!! is all about progressive trance, deep basslines, knocking kicks, and a massive drive!!!