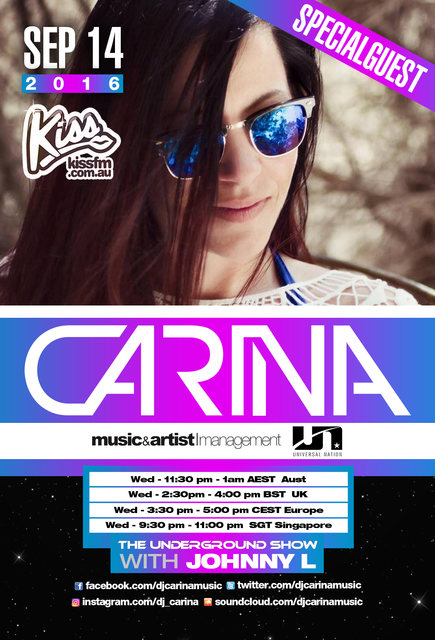 CARINA is one of the leading female Trance artists In Norway .

Starting out djing at the youth club at the age of 13 and mastering the skills of vinyls in the early 2000. She released the Official Summer Parade compilation of Norway on Dj Beat recordings in 2003 And after that she became a resident Dj´s for The Late Night Show in Bergen .

Her first radio show was named Tech2Trance and it got a lot of good responds from all over the world ,from there she became one of the new Resident dj´s for the HeavensGate Show that was founded by the Legends Alex Morph and Woody Van Eyden.

She also Has Been signed to Alex Morph´s Label Universal Nation.

CARINA  Is One Lady To Look Out For ….