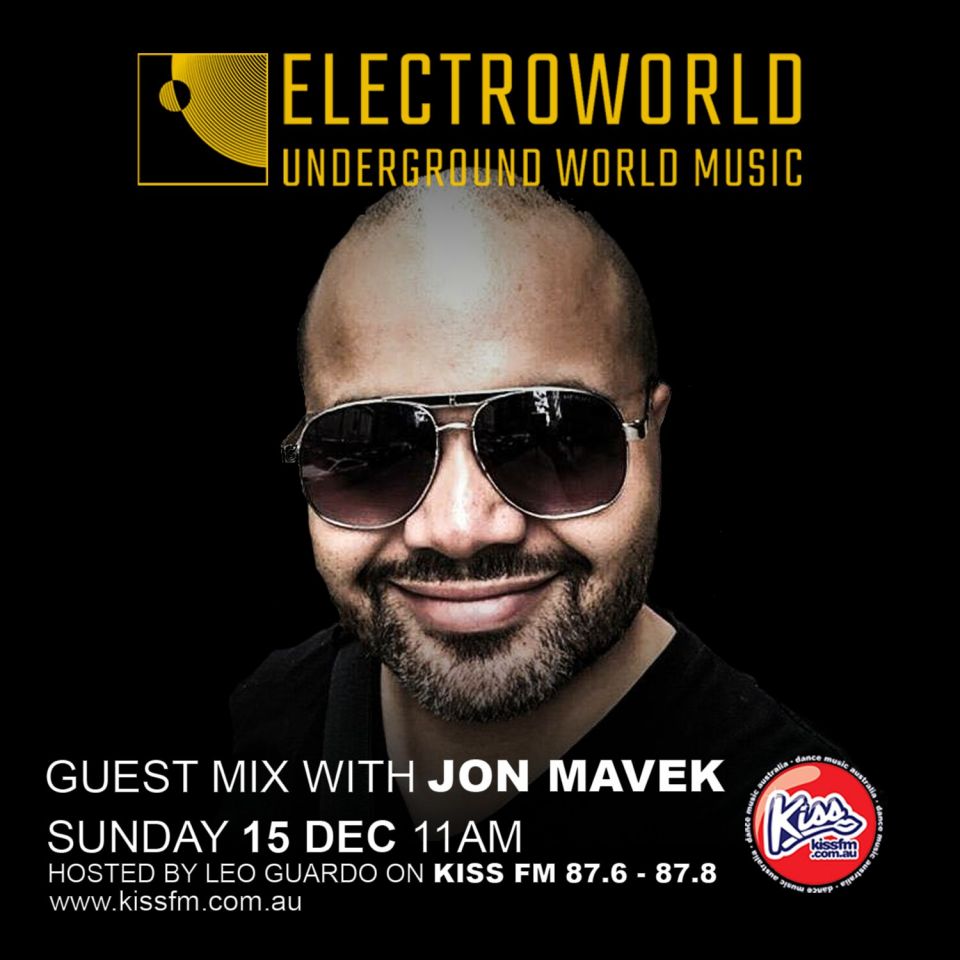 Join us this  Sunday on ELECTROWORLD for a very special Guest Mix by talented dj and producer JON MAVEK.  A complete track-list will be available after the show on the ELECTROWORLD page.

A dynamic and versatile talent, Jon Mavek is no stranger to the New York City Nightlife scene. He is a veteran of over 2 decades playing in clubs and lounges in the city. Place like Le Souk, Guernica, National Underground and the infamous Tunnel Night Club where he got his first opportunity to play in a big stage in the late 90s. His DJ sets have been praised for their selection, range and his technique. Jon’s passion for house music, its culture and the DJ art form is evident every time he’s behind the decks. He has begun to focus that same energy and passion into his original productions.