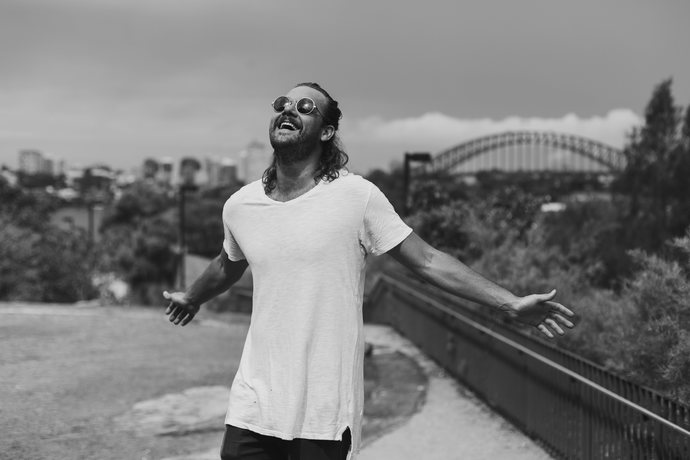 JIMMY GALVIN – AN ARTIST WITH PRESENCE

Any DJ with presence must have a connected heart and soul…or so we believe.  Jimmy Galvin, one of Sydney’s established and respected, was the first DJ I had the pleasure of meeting on my arrival in Australia 18 months ago. He nailed first impressions: Infectious smile, genuine hug and killer sounds.

Founder and Director of Sydney’s By Your Side, Jimmy has shared the booth with dance music royalty including Carlo Lio, Guy Gerber and Dubfire.

Deeply (with a love for Deep sounds) entrenched within the Sydney Underground for more than a decade, Jimmy has  graced the decks at Australia’s most respected music brands & venues: SPICE, Goodbar, S*A*S*H, Sly Fox, Something Else & Blueprint, to name just a few. In 2016 he supported Brazilian house music don HNQO during his Australasian tour, playing Bali’s Koh & Mint nightclubs.

Jimmy recently returned from a trip over waters. We’re excited to have him on the SEKSiCuLLTURE NEXT LEVEL show Sun, 4 Nov,  throwing down tunes to awaken your senses for the week ahead.

It would’ve been around 2010 or so when I first started off throwing events around the north of Sydney in small, hidden away wine bars. From there I landed an internship with Fuzzy Events here in Sydney, where I was able to work closely with absolute professionals & respected industry figures in John Wall, Ming Gan & Greg Constantine.

Whilst working there I continued to throw events, started to throw in the occasional track on the decks, and began to amass a really tight night crew of deejays & like-minded mates who love a deep sexy track or two.

As this all started gaining momentum, I began to play a lot more at my own events that became more regular. We started throwing bigger shows for around 600 people at The Chippo Hotel, and selling them out consistently. Which is when I put everything under our banner, By Your Side.

We’ve now got an eclectic range of 15 Sydney-based deejays, who are from all corners of the globe, with different styles & musical backgrounds. Our acts range from respected veterans of Australian house-music, Robbie Lowe; DJ Lili Joy from Bulgaria who is smashing it, NACH from the northern beaches who is releasing tunes being played in clubs around the globe – to up & comers discovered at house parties in Sydney, like our boy Rory Vevers.

Enchiladas for suuure. (Sour Cream & Guac is a must.)

3. Who’s your muse in the music world?

I learned so much about music from a good mate of mine, HNQO. Henrique owns Brazilian label ‘Playerperview’ and has released some monster hits in his time. I met him at one of his gigs in Sydney, we then ended up being on the same flight to Brazil & clicked as good mates from there.

I got to spend an amazing couple of months with him & his friends, + some of my best mates over the FIFA World Cup in 2014. I was meant to do a big trip around South America, but just ended up chilling with Henrique & the crew in his home town for the whole trip! Hah.

Watching him produce music at home, and then go whip up a wild Brazilian crowd into a frenzy at Club Vibe, Curitiba, was a magical moment from the muse.

5. How would you describe the dance scene in Sydney?

It’s had its challenges from authority in recent times which has all been well published. But looking at the caliber of acts & events over the course of this summer, I feel the Sydney dance seen is looking great.

Behind it all its stacked with talent in the ranks of deejays, promoters & festival organisers.

I think we can expect to see the Sydney scene to keep growing & strengthening if people work together well & crowds talk with their feet.

7. What single night out has been the most memorable for you? As a DJ? As an attendee?

A set in New York recently with my By Your Side compadres Lili Joy & Mr. Bligs; surrounded by good friends we hadn’t seen in ages at House of Yes in Brooklyn.

It was my birthday, and the last show on our USA tour, and I just honestly could not stop smiling, was pretty magical. As an attendee, seeing Stimming at Warung Beach Club was a gamechanger. He’s brilliantly technical & has such a signature sound.

8. What are your future plans for your music career?

Whatever happens, it’ll happen naturally. I’m just running with it, enjoying the ride and trying not to force shit to happen.

9. What is your advice to emerging talent and how they can set aside any fears and pursue their dreams with courage?

Make sure you listen in the conversations you have with characters that you see as valuable to your music.

11. What are the things that bugs you about the DJ scene?

When venues that don’t pay their emerging deejays.

12. Name one track that never gets old for you no matter how many times you hear it?

13. Where can readers find you online?

By Your Side Fascie: https://www.facebook.com/ByYourSideSydney/

14. Who do you aspire to and who influenced you the most?

I aspire to be happy & maintain my strong relationships through life. Musically, I aspire to continue being positively influenced by new sounds, artists & people. My Dad has influenced me most in life. He’s an incredible man with calm & collected advice at all times. He’s always supported what I’m doing musically which is a big thing for me to know.​

15. Any parting thoughts for emerging artists?

Enjoy it, that’s why you play music.

Need we say more. Be sure to join us this Sunday so that you can experience his presence through his sounds.

Keen to raise our planet’s vibration and drop a set? Get in touch info@seksicullture.com