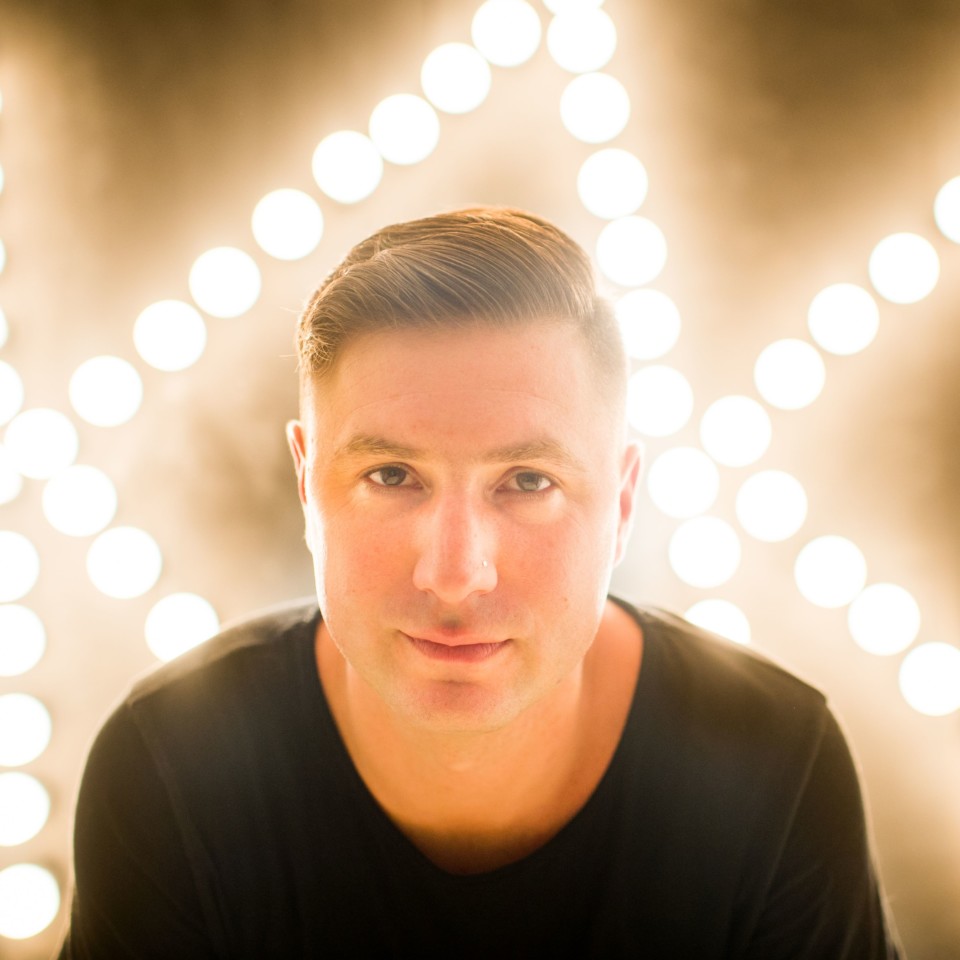 “Celebrating my 20th year of Djing started with going through my entire record collection. So many memories cropped up, so many gigs, so many people, so many places. It’s been such an awesome and humbling thing to look back on and I can’t wait to bring both these tunes and memories back to dance floors across Australia for my tour!” – Kid Kenobi
Anyone who has grown up in the Australian dance music scene knows the name Kid Kenobi. Not just synonymous with the breaks scene in Australia, Kid Kenobi was a pioneer in the electronic music scene and is to this day one of Australia’s most loved DJs. Crowned the inaugural winner of the inthemix DJ Awards in 2003, Kid Kenobi still holds the honour of being the awards’ longest running winner, taking out the top spot three years in a row. 2016 sees Kid Kenobi rack up an incredible 20 years of DJing and to celebrate, the Kid will be digging through his extensive record collection and taking these classic tracks on the road for his ‘20 Years A Kid’ Tour.
Kicking off in Canberra on September 4th, Kid Kenobi will then take the party to Darwin on September 11th, Melbourne on September 16th, Brisbane on October 1st, Hobart on November 12th and Perth on December 10th, before playing his hometown of Sydney with a very special gig at the Metro on December 16th and then ringing in New Year’s Day at Mt Duneed Estate in Victoria.
To coincide with his ‘20 Years A Kid Tour’, Kid Kenobi will be releasing a series of classic mixtapes, the first which he debuted on SoundCloud this week. Listen here. His classic mixtape series is a perfect example of Kid Kenobi giving back to the fans who have supported him over his illustrious career. These mixtapes are also a good indication of the classic throw downs Kid Kenobi will be delivering on his upcoming national tour.
It was in August of 1996, that a young kid by the name of Jesse Desenberg stepped up to the decks to play his first ever gig. It was a party put on by mates, for mates, and as a chance for a couple of friends to play tunes that no one else was playing. This was a time before breaks or breakbeat was even a thing, and the young DJ – recently named Kid Kenobi – instead played a mixed bag of hip hop, old school rave, big beat and early acid breakbeats. But breaks soon did become a ‘thing’. In fact it soon became more than just a thing, it became a sound that would dominate Australia little less than five years later.
At its helm was Kid Kenobi, who in 2001 won his first Australian Dance Music Award for Australian DJ of the Year. This was followed by winning the same award the following year, as well as winning inthemix.com’s first ever ‘Australian DJ of the Year’ award. At the time Kid Kenobi also mixed the first of Ministry Of Sound’s
breakbeat compilations, which remain legendary to this day (just ask him how many times a week he still gets hit up for them!).
From here Kid Kenobi went on to notch up countless international tours in the UK (which included clubs like Fabric in London and Scotland’s ‘T In The Park’ festival), Asia, Canada, the US and South America. Production work also bloomed via remixes with Poxymusic (which included their legendary remix of ‘La La Land’ by Green Velvet) and the international club hit ‘The Bump’ with Hook N Sling.
Although it began with a bang, the hallmark of Kid Kenobi’s career has always been his ability to evolve. Indeed so much so he was reluctant to even make any noise about his 20th year of DJing, preferring instead to focus on his current work and label, Klub Kids, as well as a brand new side project he will be announcing a little later in the year. But in the end the Kid decided it was important to honour his past and all that he has achieved, as well as giving back to the fans for all their support over the years.
In a great irony, the sound that once made Kid Kenobi famous – breaks – is also experiencing a renaissance in 2016 with trap / EDM producers discovering it for the first time in the US (even Steve Aoki is onboard), while across the pond UK and European producers are busy bringing ‘90s rave breaks to their deep house and techno productions (a sound the Kid has actually set up a side project for titled ‘Original Rude Boy’ – listen here). In short 2016 has already been an amazing year for the Kid on so many levels; 20 years strong, honouring the past, but also leading the charge into the future!
Whichever way you look at it, this Kid is one of the most talented and most loved Australian DJs of all time and he’s heading around the country to show you why! Big ups Kid! A true Aussie legend!
Check out Kid Kenobi on his ‘20 Years A Kid’ Tour:
4th September – Canberra Times Fun Run, Canberra 11th September – Beachfront Hotel, Darwin 16th September – Prince Bandroom, Melbourne 1st October – The Met, Brisbane 12th November – Republic Bar, Hobart 10th December – Ambar, Perth 16th December – The Metro, Sydney 1st January – Mt Duneed Estate, Victoria