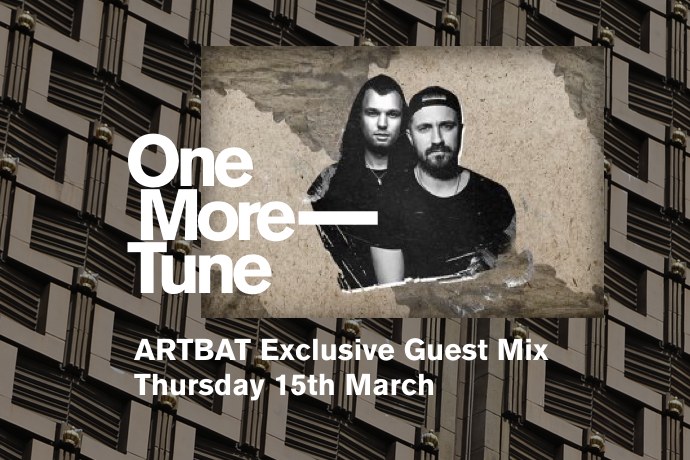 Tune in this Thursday at 10.30am to hear an exclusive guest mix from Artbat. Currently riding high in the Beatport charts with their monster tracks Prometheus (OMT Dancefloor Hero) & Planeta.

Artbat, the Ukranian duo of Artur & Batish, are currently among the most successful Ukrainian electronic acts and enjoy global recognition. Over the last couple of years the two experienced DJs and producers from Kiev have completed a rewarding transition from the debut release, to this summer performing at the Destino and Pacha, Ibiza. The key to Artbat’s success lies within their powerful and inventive sound of the highest quality. Their tracks have an impressive capacity to fuel both intimate dance floors and huge arenas with energy and drive. It’s for these very reasons why many renowned artists are attracted by Artbat’s music. Such dance music authorities like Solomun, Maceo Plex, Richie Hawtin, Dj Hell and many others are now regularly spinning Artbat’s tracks during their sets.

From starting at mid 2015 more then 12 releases came out already in different genres. From their debut techno single ‘Mandrake’ remained in the Beatport Overall Top 100 chart, every ARTBAT release was charted in Top 100 on Beatport at hight positions.

These successes have inevitably led to them being asked to collaborate with some of the finest and most reputable European labels like Diynamic, Fryhide, Suara, Eklektisch and so on. Artbat’s track “Uplift” was released in March 2017 on Diynamic Music and climbed to #5 in the Tech House Top 100 and #9 in Top 100 All Genres Chart on Beatport. Brand new single «Tabu» that was released on HOSH’s new label Fryhide in September 2017 after one month took #1 place in Deep House Top 100 Chart and received huge support and good feedbacks from whole electronic music society.