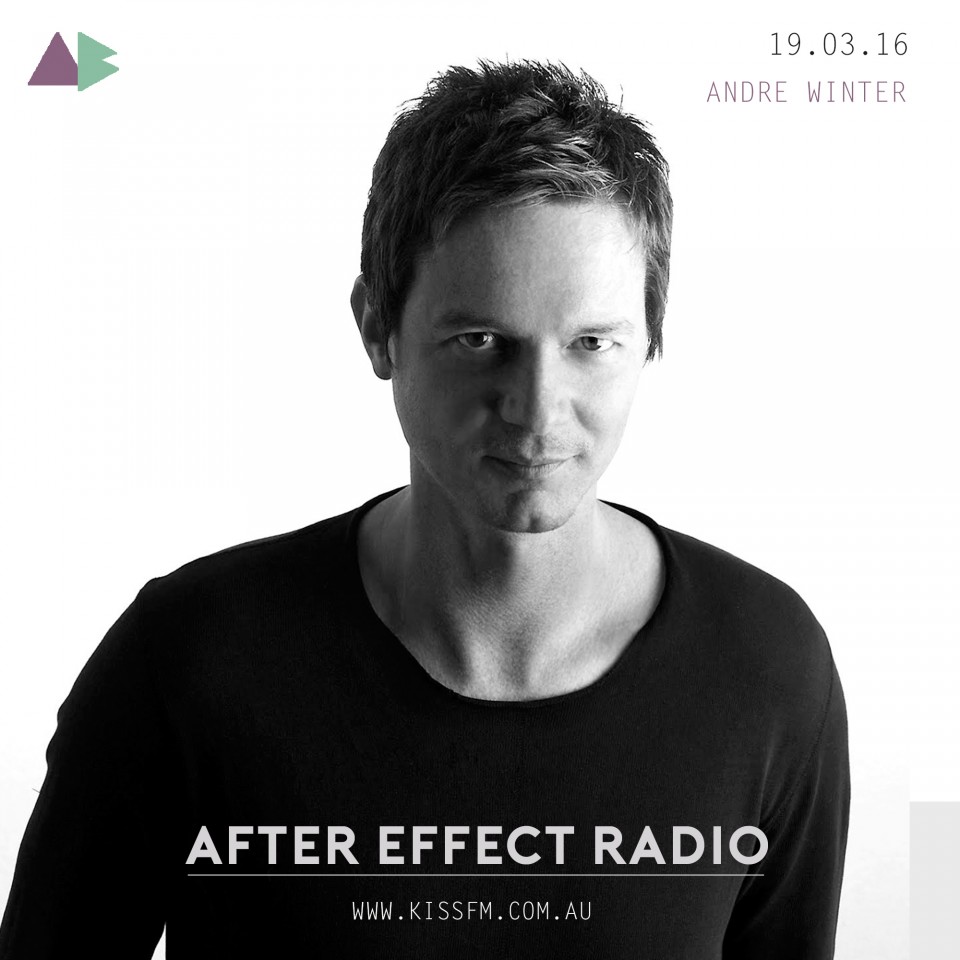 Join us this week on After Effect Radio for our biggest Guest Mix to date! Lock in at 10:30PM, Saturday 19th

”A man influential in shaping the sound of today’s club scene throughout over the last decades, although his real name might not necessarily raise the average clubbers brows within seconds.
Mr. Winter always preferred the studio surrounding to being just another producer on the decks as well as working under various collaborative pseudonyms and diverse aliases instead of unveiling his real name on a record cover which did not happen until 2005 – more than 10 years after his first release.

Having a closer look into the history of House and Techno quickly unveils the wide range of prolific projects associated to his name – from Freakazoid, the 1994 released collaboration with his long term friend and production partner Matthias Hatting, to D-Saw to Gate 28, to Motion Unit, etc.
From working as executive producer for the likes of Xenia Beliayeva, Oliver Huntemann as well as the Huntemann + Dubfire project to being involved into bands and projects reaching far beyond electronic dancefloors. Furthermore André Winter used a bunch of solo aliases like the highly influential D-Saw for his work whose ultra-hypnotic „Track 10:30“ on Superstition Recordings is still referred to as alltime Techno classic in and has seen several re-issues since its initial release in 1996.

And these are only a few examples picked from André Winters massive release history of way more than 75+ releases graced and credited with his name – including remix works for the likes of Underworld, D.H.S., Chemical Brothers, and many others being released on prolific labels like Bush, Superstition, Kompakt or Ideal Audio amongst others.

Referring to all this and whilst listening to a few examples taken off this huge sound archive it becomes pretty obvious that André Winter carved out a niche of his own throughout all these years. His music is based on moody, partly dark’ish and always captivating grooves and structures – a unique, thriving and essential technoid vision built from only a few hand-picked, uber-functional ingredients perfectly complementing an ever floating, hypnotic state of mind.

With a musical rootage going back to the early days of Detroit Techno and Chicago House with its raw and seductive bassline motifs that are still re-echoing in his stripped down contemporary productions.

But this not the only reason why André Winter is what can be named as a true master of the very essence. Honing each and every sound with love for bare detail, he is creating a perfect soundtrack for endless nights out or – although this picture has been overly used since the rise of repetetive, loop-based electronics that began some 30 years ago – high speed night rides on the German Autobahn with a glimpse of raw, unpolished industrial estates always in sight.

But there’s more to André Winter’s work than being the studio wizzard that he is. With the fast forward evolution of capable onstage applications and portable, high-capacity computers André Winter started to re-focus on highly anticipated club and festival shows throughout the last years, rocking audiences all over Germany and Europe with seductive, high quality grooves emanating from a combined DJ and live setting consisting of a laptop, various controllers, and instruments.”

The above text originally appeared on Resident Advisor

Checkout the interview 10:30PM, Saturday 19th and follow our show at –