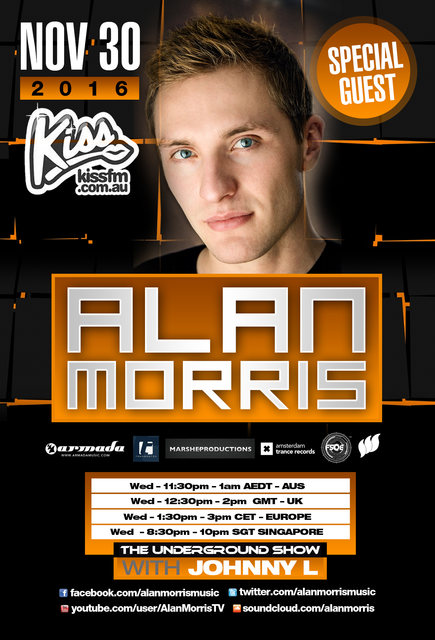 Alan Morris pretty early discovered his passion for music. Attending piano lessons at the age of 6 he improved his talents, successfully participated in several music contests and kept on learning to play more instruments like the violin, viola and organ.

To realize his own ideas and to establish his own style he started music production around 2001. Until the present day he released his music on labels like Armada, Protocol, Enhanced, Tytanium, High Contrast, Always Alive, How Trance Works, Afterglow, Digital Society, Tool, Fenology, Touchstone and his very own Transistic Records.

In 2010 Alan released his first Sampling CD ‘VengeanceTrance Sensation Vol. 1’ on the high renown Vengeance Sound, followed by ‘Vengeance Ultimate Fills’ series Vol. 1-3 and the Nexus² Expansion ‘Trance Anthems Vol. 2’ in 2015. His sounds and samples are in use by a huge amount of music producers all over the world.