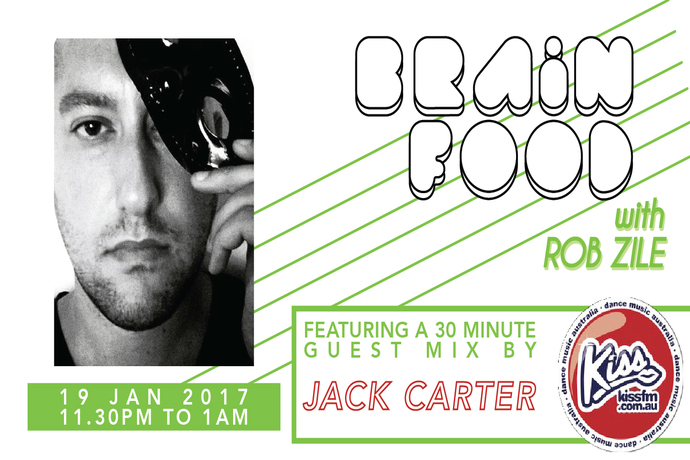 Jack Carter is an Italian tech house, techno and minimal producer based in London.

He has released music on record labels such as: Dejavoo Records, System Recordings, Black Sheep, Eukatech, Cubek and many others.  He has collaborated with Ilary Montanari, Eugeneos and Ladies On Mars.

Jack Carter has a weekly podcast named “Urban Tribe” that showcases the latest techno, tech house and minimal tunes.  It is supported by many producers and networks such as Techno Live Sets, Techno Scene, Waveyard, Minimal Culture, Gin & Juice and other radio stations.

Check out Jack Carter’s music below then listen to Brain Food this Thursday night for his EXCLUSIVE guest mix!