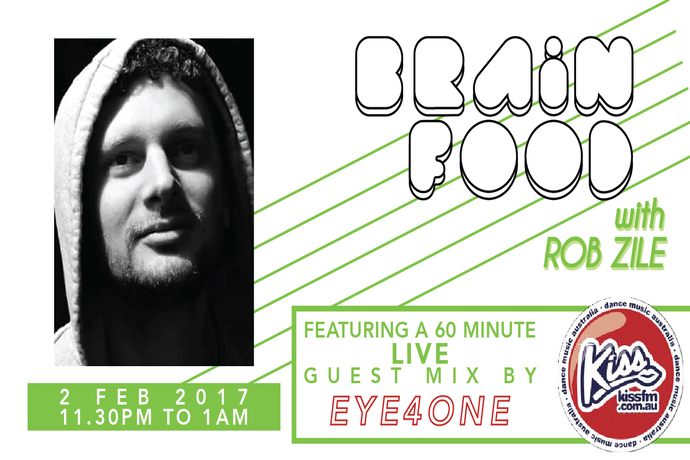 Eye4One first came onto the Melbourne scene in 2005 under the DJ name Delocke. A complete vinyl junkie, he played regular gigs around town as well as running his own events with friends called Get Rude! which ran at Bunker Lounge, Circus, Room 680 & Miss Libertines over the next few years. His sets were versatile and ranged from breaks and electro to darker house and techno.

After taking a small break from the scene in 2010, he returned as Eye4One in 2013 with the focus now firmly on his own production. Heavily influenced by Felix da Housecat, Ivan Smagghe, Miss Kitten, The Hacker, David Carretta, Maceo Plex, Kiko and DJ Hell, his style is diverse and can range from groovy melodic & progressive house, to driving and rhythmic techno with the focus always on dance floor action.

Whilst still being versatile, Eye4One’s DJ sets have evolved into deeper territory where he explores progressive and melodic house and techno, always finding a balance between fun and accessible dancefloor music as well as more obscure and left of centre music.

2016 saw Eye4One signed to local Melbourne label ‘For The Record’ (FTR) alongside a talented roster of local and international artists. His first release on FTR consisted of an original as well as remixes from fellow FTR artist Gabriele Brunno and FTR label boss Louay.

Not one to slow down, Eye4One has also released music on legendary Melbourne label Smash Bang for a compilation as well as a two track EP for US label Evoked Recordings.

With plenty of new music in the works, and releases planned for early 2017, Eye4One is definitely an artist to keep an eye out for.

Check out Eye4One’s music below then listen to Brain Food this Thursday night for his 60 minute LIVE guest mix!