Jason has been involved with music since a young age. He was classically trained on the piano, flute, violin and various other instruments and has played in a variety of bands and orchestras. His taste and knowledge of music is very broad and includes Punk, Ska, Rockabilly, Alternative, Heavy Metal, and Rock 'n' roll. He was first introduced to dance music in 1987 working weekends at Central Station record store where he soon found myself getting into Hip-Hop, Hiphouse and Disco music. During the 90s Techno explosion he became a music journalist for Inpress magazine, a Dj and a radio announcer on Kiss 90FM. Over the years he favoured DJing as a career. Due to the shortage of work he started his own promotion company called (S.O.N) Sound Of Now Productions. (www.soundofnow.com.au) He ran the company working as a promoter and DJ initially putting on parties but soon found himself focussing on clubs which provided him and many others with the opportunity to pursue the dream of life as a Dj. In 1998 he opened a club called Bass Station which has become Melbourne's most successful Friday night dance club. It has three rooms with dance floors which have played host to many different genres of music including Rave, House, Psychedelic Trance, Drum'n'Bass, NRG and Trance all of which Jason has collected and played. His versatility, adaptability and open mind has enabled him to remain at the forefront and continue to play the sound of now! Sound Of Now also runs Melbourne's premier Sunday night dance club S.O.Ndayze. He is also very well known for his main stage performances at some of the biggest dance party events in Australia including Summer Dayze, Gatecrasher, Two Tribes, Slinky, Gods Kitchen, Earthcore, Street Rave, Every Picture Tells a Story and Welcome. Jason love's Djing with a passion. He says When djing you use the skill of beat mixing to transform the energy from one record to another. When you do this on a loud sound system in front of a large crowd you can actually see, feel and control the energy of thousands of people at once and that is the most amazing adrenalin rush I have ever experienced. Midro has recently returned on the airwaves joining the KISS FM team with the Sound Of Now show every Thursday night from 7 PM to 8:30 PM. 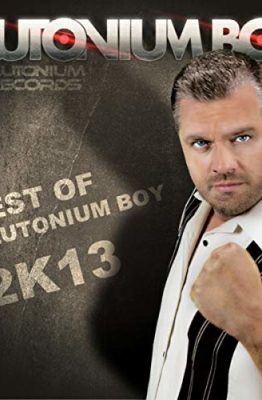 IN this week’s Sound Of Now Show Jason Midro will air an interview he did with German based legendary Hardstyle DJ / Producer Blutonium Boy earlier on this week. In a frank and informative interview ...
X
X